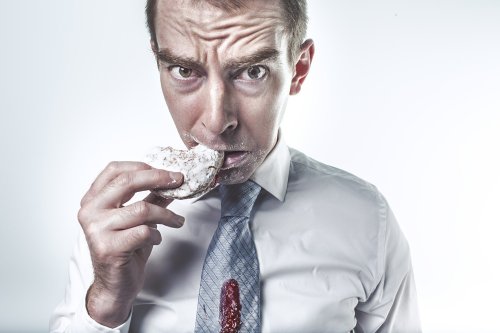 “You are what you eat,” goes the old cliché. Is this simply an old wives’ tale or is there some truth to it? Critical to this discussion is that everything we eat gets broken down into its most basic components. This means the carbs in our food get reduced into their simplest form, which are simple sugars. Fats also get broken down, and then stored if the energy from fats is not needed.
It’s when the conversation turns to the subject of proteins that things can get heated. A contentious subject indeed—we aren’t certain about very much.

We do know protein consumption is vital to health as it helps to build new tissue and repair damaged structures. Protein exists throughout the body in everything from muscles and organs to bones and skin. But because your body doesn’t store protein, it’s important to get enough from your diet each day.

Amino acids are the building blocks of protein.

Twenty-one have been identified. The body can manufacture ten, so those remaining eleven are termed the essential amino acids. In other words, it is essential these eleven are consumed in your diet. When the body digests proteins in food, they are broken down into amino acids, which are used for almost every metabolic process in the body. To further muddy the waters, different proteins vary greatly in the types of amino acids they contain.

You can get protein from many food sources, including both plants and animals. Animal protein sources, such as red meat, fish, poultry, and eggs, provide a good balance of all the amino acids we need, and are thus termed complete proteins. Plant protein sources, such as beans, lentils and nuts, are considered incomplete since they lack one or more of the amino acids we cannot manufacture. Although most plant proteins are incomplete, there are a few exceptions. Some experts claim soy protein is complete, although two essential amino acids are only found in very small amounts, so it isn’t comparable to animal protein, while quinoa and buckwheat are both complete sources of protein. It is important for vegetarians and vegans to mix their protein sources, thus ensuring they are getting all the essential amino acids.

None of the studies on the topic deny red meat contains many nutrients. A raw “quarter pounder” of beef contains a quarter of the recommended intake of niacin, vitamin B-3. Zinc is an essential mineral and is mainly found in animal protein sources. Said quarter pounder (raw) has about a third of the daily amount suggested. As is oft-quoted, red meat actually is high in iron, which is better absorbed than the plant-derived kind of iron. Many other nutrients are provided through the consumption of beef, including vitamin B-6, selenium, and various other vitamins and minerals. An oft-regarded benefit is the increased lean muscle mass linked with the consumption of animal protein. Some evidence indicates red meat reduces the muscle loss associated with aging.

Some of the reported hazards of beef consumption are the stuff of legend, and some are actually true.

Numerous studies have associated red meat consumption with heart disease, which remains the number one killer in the U.S. An increased risk of stroke also is clearly associated, as is kidney disease. Another association that doesn’t get the publicity of some previous mentions is gastro-intestinal problems. Lastly, to put it bluntly, red meat eaters seem to die younger, as evidenced by multiple studies.

Interestingly, most of the research finds a particular culprit in the form of processed meats. Should you not be aware, these are defined as meats that have been transformed in some fashion. Typically, this is achieved by salting, curing, or smoking meat to enhance the flavor or to preserve it longer. It would seem these processes are carcinogenic to people, and abundant evidence shows this. Some common types associated with processed meat include colorectal, pancreatic, and prostate cancers. It would seem that cooking red meat at higher temperatures is an additional factor contributing to an increased cancer risk.

Research over the years indicates calorie restriction, over time, is what determines longevity. But recent studies propose it is not just calories, but also the composition of one’s diet, especially in the amount and type of protein. These two seem to be the most critical factors in health and longevity. It would seem you are four times more likely to die from cancer or diabetes if you eat a diet high in proteins and are over fifty, although these effects were significantly reduced if it was a plant-based high-protein diet.

What about the subject of total protein requirements?

According to the principles of a ketogenic diet, protein should dominate your food intake. But convincing evidence exists that a high-protein diet is nearly as bad for your health as smoking, particularly if the proteins are derived from animals. What is a concerned consumer to do? Many claim protein consumption is the most important part of the diet. The textbooks say the average sedentary man should consume about 56 grams per day, 46 grams for a woman. For truly good health though, the evidence shows a diet low in processed meat, rich in plant protein, with animal sources like fish, poultry, eggs and dairy, is best.

However, it is also obvious many varied opinions exist on how much protein, and what kind, a human actually needs. A significant factor is how extraordinarily difficult it is to perform good nutritional studies encompassing a longer span of time. In the meantime, ill-informed consumers struggle with diet and nutrition, uncertain of what foods are necessary for health, and which food items are definitively disease-causing. The challenge of good nutrition and good health remains a complex puzzle many yearn to complete.

Dr. Conway McLean is a physician practicing foot and ankle medicine and surgery in the Upper Peninsula (Marquette and Escanaba). McLean is triple board certified in surgery, wound care, and orthotic therapy. He has lectured internationally on many topics. Dr. McLean welcomes questions at drcmclean@outlook.com.

Reprinted with permission from the Winter 2019-2020 issue of Health & Happiness U.P. Magazine. All rights reserved.

Tagged as holistic wellness in the U.P., impact of protein source on your health, nutrition, U.P. holistic practices